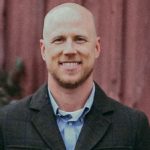 As NAFEMS Vice President of Operations, Matthew Ladzinski is responsible the organization’s growth and development throughout the Americas, Asia, and parts of Europe.  Let’s learn a little more about him with four quick questions.

Q: What do you see as the biggest obstacles to democratizing Simulation?

There are several obstacles facing the democratization of simulation, but I think the varied interpretations of what is meant by “democratization” is one that often presents challenges. Also, I would say internal culture can often stall progress due to a general aversion to change. All of that being said, more and more companies are starting to have success with leveraging simulation earlier in the process to make better informed decision during the design process.

Q: What are some of the ways your company helps to overcome these and similar challenges?

As a global, non-profit organization that currently supports over 1,500 companies involved with the use of engineering analysis and simulation, NAFEMS supports the community in a number of ways. Annually, we host nearly 75 events (sometimes in partnership with other key organization, like Rev-Sim), facilitate hundreds of meetings between technical experts, provide training to thousands of engineers, assess and certify practitioners based on 1,400 competency statements, and we curate a repository of nearly 4,000 presentations, papers, and other valuable resources generated from our events and activities.

Q: Who had the biggest influence on your career?

I would like to think that my perspective has been shaped and influenced by a wide-range of experts and ideas over the years. I’ve been fortunate to hold various roles which have allowed me to engage with many of the greatest minds in the engineering analysis and simulation community. However, if I was forced to identify one person who had the biggest influence on my career, I would have to say it was my father. Ed Ladzinski, who worked for IBM at the time, first introduced me to this industry nearly 15 years ago and has provided invaluable guidance.

Q: What do you enjoy doing away from work in your free time?  Any interesting hobbies? 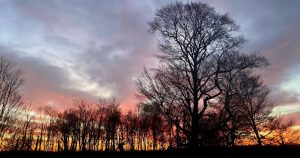 Keeping up with the ever-changing and evolving interests of our two sons should count as a hobby, right? In recent years, I’ve found early morning running to be much more enjoyable than I originally thought possible (i.e., it’s quiet…and few things are better than a vibrant orange-red sunrise), so I try to do that as often as possible.