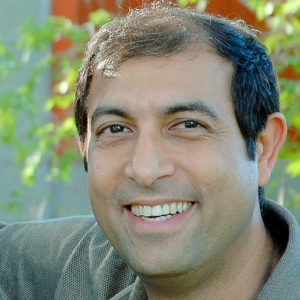 In his role as Vice President of Analysis Solutions at Aras Corp., Malcolm drives product vision and strategy for Simulation Data and Process Management, to ensure that simulation becomes a seamless part of the enterprise Digital Thread. Through an industry thought-leadership campaign and by working with strategic customers interested in managing their simulation assets more effectively, Malcolm continues to push the outer boundaries of the next generation of simulation use in enterprise product lifecycle processes.

Malcolm has been at the cutting edge of simulation software development since 1987. He began his career as a software engineer at an engineering consulting firm, after which he moved to Abaqus Inc. (then HKS), where he led the effort to develop Abaqus/CAE. When Malcolm left HKS in 1994, he clearly saw that customers using a variety of tools from different vendors were unable to conduct simulation easily or early enough due to the complexities of a typical CAE environment. He set off to build a software platform that could handle the complexity of CAE data, processes and results, captured in one common, highly-extensible data model, and use this as the foundation to automate simulation processes. Malcolm provided software consulting services at various high-profile organizations such as Sandia National Labs, NASA, and Air Force Research Labs.

Malcolm formed and funded Comet Solutions, Inc., in 2001 to develop, productize and market this technology, and to deliver software solutions enabling early simulation to transform the product development process by democratizing simulation. In his role as Chief Technology Officer at Comet Solutions, Mr. Panthaki drove product vision and technical strategy, and was closely involved in corporate development, sales activities, and strategic customer projects. His focus, over the last four years, was working with customers and the industry, in general, to spearhead the effort to democratize simulation by bringing commercially-viable SimApps (web-deployed, targeted simulation apps for designers and engineers) to the market. Comet’s Intelligent Automation Templates are at the heart of these SimApps, making them robust across significant product design changes and across an entire product family.

Comet Solutions was acquired by Aras Corp. in September 2018.

He holds a BS in Civil Engineering from the Indian Institute of Technology in Madras, India, and an MS in Structural Engineering and Computer Graphics from Cornell University in Ithaca, New York.

As a Co-Founder and member of the Executive Committee, Malcolm spearheaded the formation in 2018 of the RevolutionInSimulation online community whose goal is to help Democratize Simulation.